Easy Guide to the Different Types of Dementia 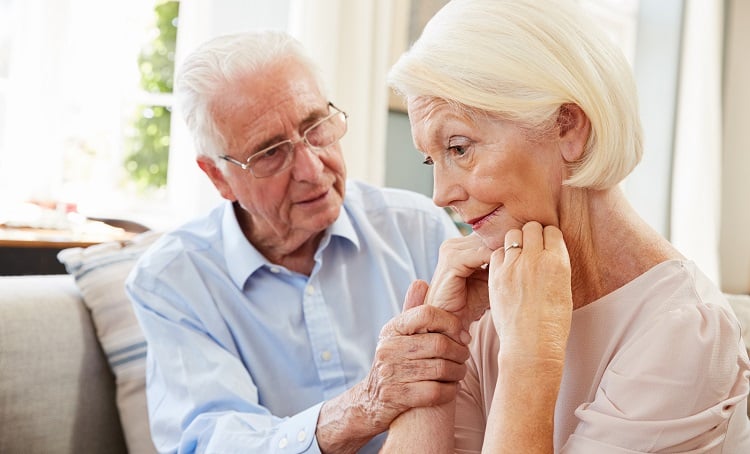 Dementia is one of the most common conditions that our senior population faces. It can have strong effects on almost every aspect in your senior loved one's life, but the world of dementia can be complex. Not every case of dementia is the same, which means caring for a senior with this condition requires specialized care. To help you provide your loved one with the best care possible, we're here to help you understand the subtle differences between the many types of dementia with an in-depth guide.

We will cover the following types of dementia:

The term "dementia" itself is not a condition or disease. Rather, dementia is a general term used to classify a variety of conditions and behaviors that are caused by memory loss, as well as the loss of other mental abilities. Physical changes in a person's brain are responsible for the effects of dementia, which can vary in how it affects a senior and how severely.

Dementia is more than just forgetfulness; it is classified as a group of symptoms that are caused by damage or impairment within the brain. This damage can be responsible for changes to a senior's learning, language, mobility, and decision making abilities. The type of dementia a person has is often associated with the cause or reason for the impairment or damage to the brain. There are a variety of different types of dementia, which can be categorized by the area of the brain affected, symptoms experienced, the progressiveness of symptoms, and more.

It is important to understand the many types of  because treatment and care can vary greatly depending on the type. While some types of dementia may be easy to spot, others are defined by much more subtle differences.

In the beginning stages of Alzheimer's, seniors may become forgetful of recent events or names and become depressed. Symptoms tend to be mild at first and slowly worsen over time. Eventually, many seniors with Alzheimer's begin showing poor judgment, experiencing severe personality changes, and progressive memory loss, as well as developing difficulties speaking, writing, or performing daily functions.

Whereas seniors with Alzheimer's typically begin with memory loss and confusion, those with Lewy body tend to experience more physical symptoms like tough or rigid muscles, changed posture, shuffling, lack of mobility, and more.

Unlike Alzheimer's disease, vascular dementia often begins with less subtle symptoms. That is because this type of dementia is caused by either a major stroke or several small ones, which affect a different area of the brain. Seniors with vascular dementia often exhibit memory, speech, and decision-making difficulties fairly quickly, and may even have difficulty walking or getting around.

This type of dementia is clearly defined by the location in which cell damage has occurred. With frontotemporal dementia, progressive nerve cell loss is experienced within the brain's temporal lobes (behind the ears) or its frontal lobes (behind the forehead).

Nerve cell damage leads to degeneration of the function within this area, leading to a variety of progressive symptoms like changes in motor function, slow deterioration in personality, and disturbances in language. There are 3 subtypes of this form of dementia, which can all be defined by differences in behavioral symptoms.

Huntington's disease forms differently than other types of dementia; it is caused by a mutation within the genetic code. People with a defective gene on their fourth set of chromosomes will develop this disease eventually, genetically inherited through parents. The defective gene helps to create an unhealthy protein that eventually creates changes within the brain.

People with Huntington's disease can experience symptoms earlier in life than many other dementia types and usually begin with changes in physical behavior. As the disease progresses, people experience changes to their thinking, concentration, and mood. These symptoms progressively get worse as the proteins create more changes.

This disease belongs to a group of fatal brain disorders. With Creutzfeldt-Jakob disease, a person's prion protein within the body begins morphing into an unusual shape. This action triggers the same protein within the brain to change shape abnormally as well. These abnormal proteins work to destroy healthy brain cells, causing dementia.

Wenicke-Korsakoff syndrome is normally caused by alcohol abuse, but also by other conditions. It occurs when a person experiences a severe deficiency of vitamin B-1 (thiamine). This vitamin is responsible for producing energy within the brain. With a deficiency in thiamine, the brain cannot create enough energy to function as it should.

This chronic memory disorder presents itself as lacking the ability to learn new information, difficulty remembering recent things, and having large gaps in memory. Some people may even "create" information they cannot remember, as a result of the brain's dysfunction.

Normal pressure hydrocephalus, or NPH, is a result of built up fluid in the brain, specifically in the ventricles. The ventricles are areas of fluid around the brain that help cushion it. When there is too much fluid, it causes pressure on the brain, which can lead to damage and dementia-like symptoms, like depression, mood changes, forgetfulness, and poor balance. The fluid buildup can be a result of a brain injury, bleeding, tumor, infection, or other causes. This type of dementia, unlike most other types, may be treated through brain surgery.

Dealing with a Diagnosis

Dementia can be a complex world. Caring for a loved one with dementia comes with a unique set of challenges. If your senior loved one is experiencing symptoms of dementia, it is essential to get them the personalized care necessary to ensure a happy and healthy life. For more on dementia and providing your senior loved one with the best care possible, contact our professional staff at Caring Senior Service today! And don't miss our go-to guide for Alzheimer's and dementia caregiving.