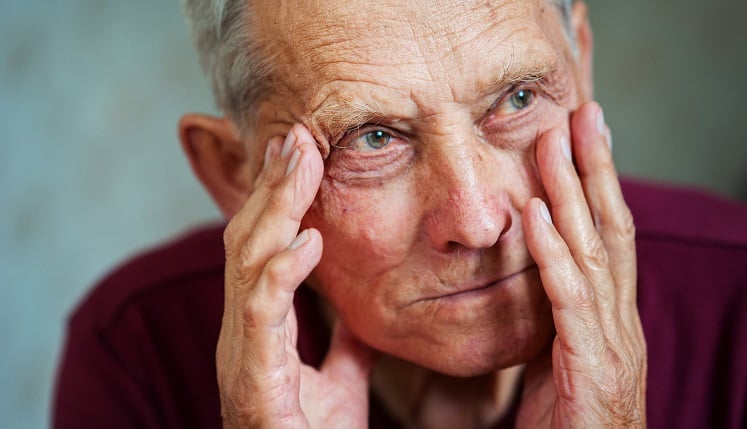 Dementia and Alzheimer's disease are often used interchangeably to describe a host of symptoms and issues related to the health and function of a person's brain. But while these 2 conditions may share some similarities, they are not the same. As some of the most common complications in seniors, it's essential to understand the subtle differences between dementia and Alzheimer's disease to ensure your senior loved one receives the care and treatment necessary to live a comfortable and happy life.

Dementia is an "umbrella," or generalized term, used to describe an array of symptoms that affect a person's memory, concentration, and other mental abilities. It is a syndrome rather than a disease, referring to groups of symptoms that occur together.

The symptoms of dementia are characterized by their ability to affect the function of a person's brain. These symptoms tend to gradually get worse over time and as a person's age progresses. In many cases, without the presence of obvious damage like a stroke, dementia symptoms begin mildly. Signs and symptoms can vary depending on the type of dementia a person has, as well as the area of the brain the dementia is affecting.

The most common signs of dementia include:

Without the presence of an immediate cause for damage in the brain, like a stroke or injury, it is possible to go many years before receiving a dementia diagnosis. This makes both diagnosing and treating dementia difficult, as significant damage may already be present. A physician may use symptoms, as well as medical history, mental status evaluations, and a slew of other tests to determine if a person has dementia.

The treatment for dementia is highly dependent on the type. While most types are progressive, meaning they get worse over time, and also incurable, some types that are caused by infections, deficiencies, or drug interactions may be temporary or even reversible.

What Is Alzheimer's Disease?

Alzheimer's disease is a specific type and cause of dementia, accounting for as much as 70% of all dementia patients. It is a progressive disease of the brain that causes dementia symptoms and damage over time. Unlike dementia, which can describe an array of symptoms, Alzheimer's targets specific areas of the brain, causing dementia and dementia-related symptoms.

Alzheimer's disease occurs when abnormal cells begin to form inside of the brain, causing connections between areas in the brain to fail. As these connections fail, damage to the brain presents itself in a variety of symptoms.

The exact cause of Alzheimer's disease is unknown, but science indicates that certain people may be more likely to adopt Alzheimer's symptoms due to genetic disposition, as well as lifestyle habits. Though almost anyone can be diagnosed with this disease, the symptoms of Alzheimer's typically present themselves in people over the age of 60. Women are more likely to develop Alzheimer's than men, but the risk for everyone continues to rise as age increases.

Symptoms of Alzheimer's disease can include:

Unlike some other forms of dementia, Alzheimer's disease is both progressive and incurable. And, as stated before, symptoms may become severe before a diagnosis is made because of the slow progression of the disease. A doctor will use a person's symptoms, mental evaluations, medical history, blood tests, as well as imaging tests to make a diagnosis. Though there is no cure, people with Alzheimer's can receive treatment options to help manage the disease's symptoms. These treatments can include medications for behavioral changes, memory loss, and depression, as well as remedies that aim to increase functionality within the brain. Though Alzheimer's disease cannot be cured, treatment is aimed at increasing the quality of life of the patient.

Education is key in diagnosing and treating dementia and Alzheimer's disease in seniors. If you believe your senior loved one may be in the throes of dementia, it is essential to seek the help of a medical professional as soon as possible. With proper care, seniors with dementia and Alzheimer's can live happy and fulfilling lives. Contact a Caring team near you to find out more about providing your senior loved one with the care they deserve!