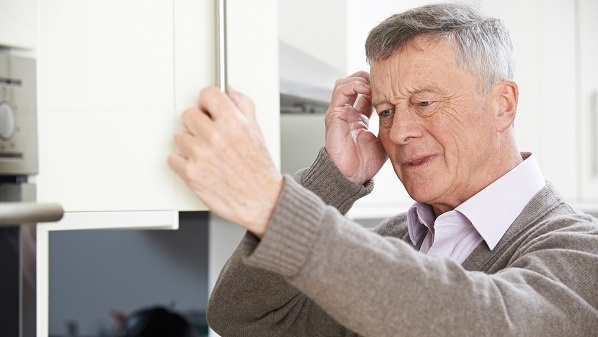 Have you ever searched for your keys and found them in the refrigerator, or forgot why you walked into a room? Regardless of age, everyone experiences occasional episodes of forgetfulness. As we age, we all will see a change in our memories. Many people fear that a growing number of such lapses are a sure sign of Alzheimer’s or dementia, but there are important differences between being simply forgetful and dementia.

Just being forgetful or a normal amount of forgetfulness can be brought on from stress, illness, over-hectic schedule, or being distracted. When experiencing this type of forgetfulness, you generally remember the forgotten information or errand at a later time. Often, we can overcome this through written reminders and other memory techniques.

The next step in cognitive malfunction is Mild Cognitive Impairment (MCI). When a person is suffering from MCI, they will experience memory and brain function problems that will be noticeable to others. The flaw will also appear on tests of the individual's mental functions. This diagnosis is not liable to interfere with the patients' day to day activities.

Those with MCI will be at a higher risk of developing Alzheimer's disease, but MCI does not always portend that the patient will develop Alzheimer's or other types of dementia.

Dementia, on the other hand, is a symptom and can be caused by other disorders such as Alzheimer’s. Dementia is defined as an impairment of thinking and memory that interferes with a person’s ability to do things which he or she previously was able to do.Just as you get symptoms of the cold or flu, dementia is similarly a symptom. The memory loss is more severe and more serious, than forgetting where you parked your car. It can include things such as forgetting the names of your children or perhaps where you’ve lived for the last decade or two.

Make sure you monitor your loved ones for signs of mental impairment. If you notice a change, or are concerned about the mental awareness of your loved one, consult your primary care physician for help.