How Music Awakens Those With Alzheimer's 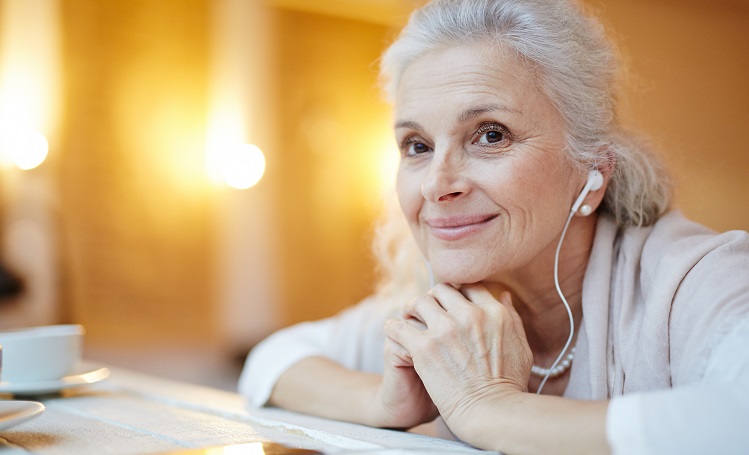 Alzheimer's disease is a progressive brain disorder that causes problems with memory, thinking, and behavior. Recent data indicate that approximately 5.7 million people in the U.S. suffer from Alzheimer's. This includes an estimated 5.5 million people over the age of 65. For an individual with Alzheimer's, the language and memory centers are particularly damaged by the disease. However, the area of the brain which is responsible for attention stays relatively functional. This is the same part of the brain that registers music in a healthy person. Researchers and scientists are studying why music affects memory and how music can be used to help those with Alzheimer's.

How Music Affects the Brain

Researchers at the University of Utah studied whether music can help relieve anxiety in those with Alzheimer's disease. According to a study published in The Journal of Prevention of Alzheimer's Disease, music activates the brain, awakening regions including the salience, visual, executive, and the cerebellar networks and causing them to communicate. The research team concluded that personally meaningful music might aid attention, reward, and motivation and manage Alzheimer's symptoms.

There are several theories which may explain the effects of music on Alzheimer's sufferers. Because music affects many parts of the brain, it reaches areas which are less damaged by the disease. The emotional content within music can trigger powerful emotional memories, even unconscious memories. Also, musical knowledge is stored as procedural memory, which is associated with routines and repetitive activities. Procedural memory tends to remain largely intact during Alzheimer's.

Professional music therapists are trained to address the physical, psychological, cognitive, and social needs of individuals. The music therapist assesses the needs and condition of each client and then develops goals, objectives and a therapeutic treatment. These treatments may include singing, playing, moving to, creating or listening to music. The therapist works towards improving the client's social, communicative, emotional, physical, and intellectual health and well-being.

But you don't have to be a music therapist to help seniors with Alzheimer's enjoy the music. Caregivers offer music experiences such as concerts or other musical entertainment. Caregivers may also create playlists for seniors. These playlists can be tailored to various situations, such as motivation, or relaxation. They may also be used in care routines, such as feeding or dressing an individual. Or they may simply serve to awaken dormant memories.

The Music & Memory Program, a non-profit organization, works to bring personalized music to seniors. They offer training to caregivers to help them renew the people in their care through music.

Active participation in musical activities also has many benefits. These may include singing, such as sing-along programs, or participation in choirs. Singing is proven to release oxytocin, which leads to reduced anxiety and stress. Group singing promotes relationships and trust. In addition to the pleasure of singing, there are physical benefits. Singing increases the lung capacity and improves immunity. Increased oxygenation of the blood leads to feeling more alert. Singing along with favorite musicals on a video player is easy to do at home.

Group musical activities encourage personal expression and group bonding, as well as the pleasure in making music. Persons with Alzheimer's can, for example, play simple percussion instruments as part of a group musical activity. Drum circles are fun and beneficial. They are a physical outlet and may improve motor function. These activities may be led by community musicians, recreational therapists, or music therapists.

If they prefer, persons with Alzheimer's disease can also take music lessons. These can help maintain pathways in the brain, particularly in the early stages of the disease. For those who previously played an instrument, music lessons help them reconnect with a familiar and pleasurable activity. Music lessons can be adapted to allow for cognitive issues and may be offered by a music therapist or individualized by a skilled music teacher. Many teachers will offer lessons in the person's home. Seniors between the ages of 60 – 85 with no prior musical experience have shown improved ability to process and retain information, even after only a few months of piano lessons.

No matter what form it takes, music therapy results in increased secretion levels of the "feel-good" brain chemicals in seniors with Alzheimer's. These chemicals, such as serotonins, prolactin, norepinephrine, melatonin, and norepinephrine, help to reduce anxiety and stress, and ease depression. Music therapy can improve cognition and motor function. As Alzheimer's disease progresses and these functions decline, but the human brain continues to respond to music.

As the population ages, the numbers of Alzheimer's disease and other dementias are increasing rapidly. Music has proven to be an effective tool. It is an amazing, non-pharmacological intervention that plays an important role in preventing and relieving the symptoms of the disease.The positive effects benefit those who live with Alzheimer's, as well as those who care for and about them.

Do you have a loved one who is living with Alzheimer's? We believe that every senior deserves a safe, healthy, happy life at home. That's why we have developed a program tailored to Alzheimer's patients. Learn about our Alzheimer's Specialty Program.