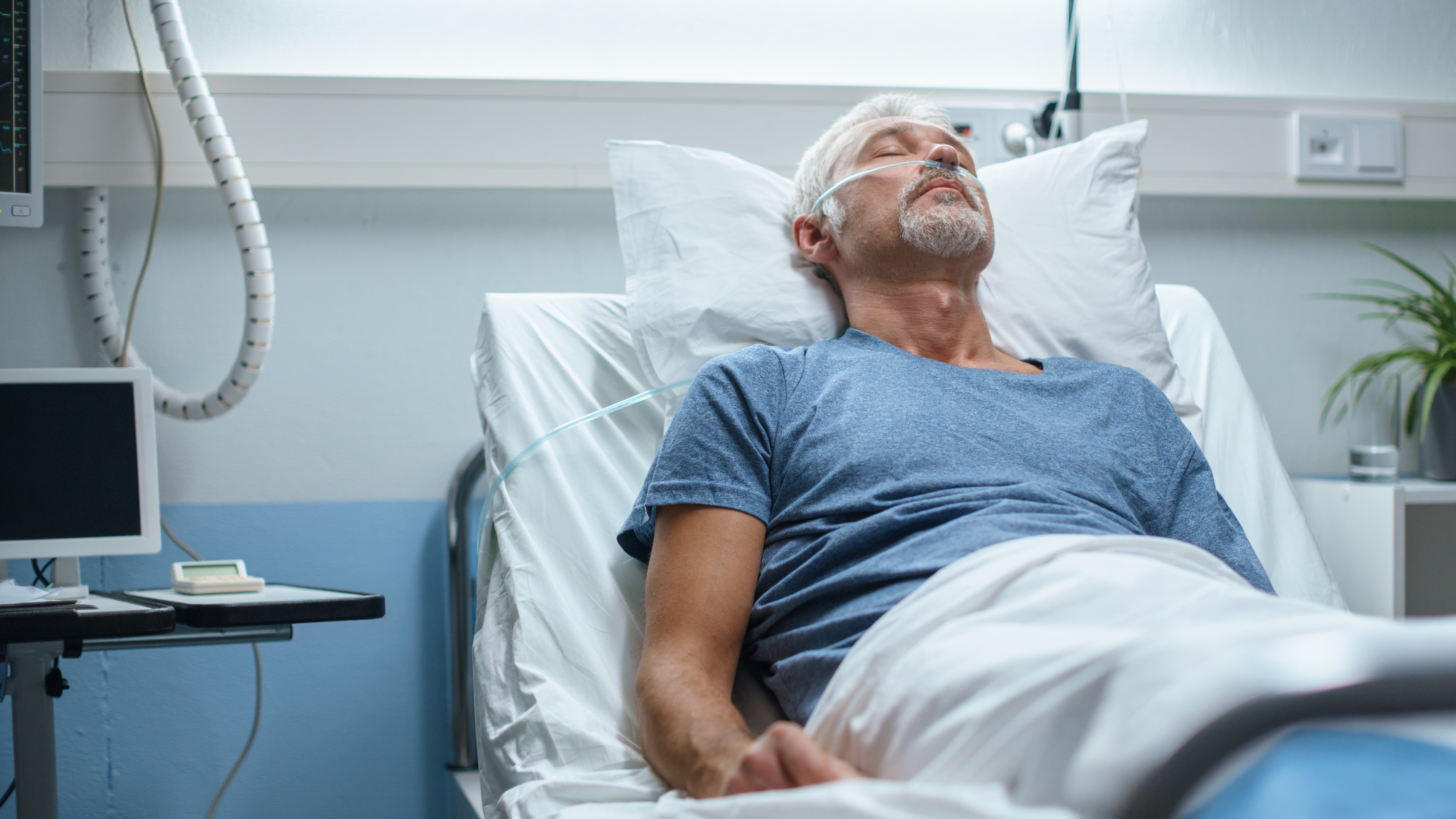 Alzheimer’s is a type of dementia or neurodegenerative disease, meaning it attacks the brain and results in reduced cognitive function that cannot be repaired. Among neurodegenerative diseases, Alzheimer’s is the most common by far as it accounts for 60% to 80% of all dementia cases. This disease is known to shorten a senior’s lifespan because of the complications that it causes, but usually it is not the disease itself that results in death. In this post, we will dive deeper into how Alzheimer’s complications can ultimately lead to death.

Because Alzheimer’s attacks the brain and causes healthy brain cells to die, it causes vital connections to be lost. As the disease progresses, seniors may forget how to do things that were once part of regular routine, like how to open the refrigerator or tie their shoes. It can also cause seniors to not be able to move muscles and control them easily.

One symptom of late Alzheimer’s is difficulty swallowing as seniors can’t control those muscles properly. As a result, seniors with Alzheimer’s are at risk of choking on their food or breathing food or liquid into their lungs. Choking can lead to suffocation if no one is around to help. And breathing food into the lungs can cause food or liquid to damage the lungs or develop into an infection there, causing aspiration pneumonia. If seniors aren’t able to get proper treatment or their body is too weak to recover, this type of pneumonia can also lead to death.

You can learn more about why seniors are prone to pneumonia and pneumonia-related complications in this blog post.

While seniors may have more difficulty controlling their bladder and bowels as a sign of natural aging, seniors with Alzheimer’s often experience urinary incontinence as a result of their disease. Seniors with Alzheimer’s may no longer recognize the urge to use the bathroom, they might forget where the bathroom is, or they may be taking medications that result in incontinence.

Whatever the cause, urinary incontinence can lead to urinary tract infections (UTIs) in seniors with Alzheimer's, and these infections can be very difficult to detect. While UTIs might seem like something simple to younger adults, older adults can actually have very different symptoms, which make the infection hard to detect. Plus, seniors with dementia may struggle to communicate their discomfort or explain what’s going on in their body.

If a UTI isn’t diagnosed and treated in time, it can spread past the urinary system and into the body, resulting in sepsis. Sepsis can quickly turn into a life-threatening infection as the body kicks into an extreme immune response. Certain chemicals are released by the immune system that are designed to fight the infection; however, these chemicals can actually damage healthy parts of the body and cause organ failure and even death.

Seniors with Alzheimer’s disease are also prone to bedsores and skin infections. Because these seniors often lose the ability to control their muscles, they aren’t able to get up and walk around safely. Many seniors in the late stages of dementia are confined to their bed or a wheelchair. Sitting or lying down in the same position for extended periods of time can lead to bedsores as the skin doesn’t receive the oxygen it needs due to the constant pressure and weight of the body. It breaks down and skin cells die, causing a wound to form.

If not dealt with properly, bedsores can turn into an infection, which can spread to the rest of the body and cause — you guessed it — sepsis. As we’ve already discussed, sepsis can ultimately result in death. However, bedsores can also cause amyloidosis, a condition that occurs when abnormal proteins build up in the body and prevent organs from functioning properly. Amyloidosis is not curable and can lead to death. Finally, bedsores can also cause renal failure, meaning the kidneys wear out and shut down so they can’t remove waste from the body any more. Kidney failure can be treated, but it can also be a life-threatening condition that results in death.

Seniors in general are at a higher risk of dehydration because body composition shifts as we age. Typically, seniors lose muscle and gain fat. However, muscles store a large part of the body’s water supply; 80% of muscle tissue is just water. Fat, on the other hand, is only made up of about 10% water. So the body’s natural reservoir of water becomes depleted as we age. Additionally, the brain becomes less sensitive to signs of hunger and thirst.

Seniors with Alzheimer’s experience these natural signs of aging, but they are at an even higher risk for dehydration due to the complications caused by the disease. They have hard time communicating and recognizing the signs of their own body, putting them at higher risk. Additionally, as the disease progresses and the body ages, it is common for seniors with Alzheimer’s to lose interest in food and water.

Dehydration can actually accelerate cognitive decline in dementia patients because the brain needs water stay hydrated and execute normal functions. Dehydration can also cause the body to have a low blood volume, which drops the oxygen levels throughout the body and can put a senior into shock. And it can cause vital organs to begin shutting down, like the kidneys and the gut, as the body attempts to make the most of the remaining water supply. If not treated promptly, dehydration can lead to death. Luckily, there are many ways to prevent dehydration before it ever reaches this severe state.

We hope that this dive into some of the complications of Alzheimer’s disease can help you understand what your loved ones may go through as a result of their disease. By being aware of the risks and complications associated with Alzheimer's, you and your family can better prepare to provide quality care to your loved one and help them age and pass away peacefully.

Alzheimer's Risk Factors: What To Do When a Loved One Goes Missing