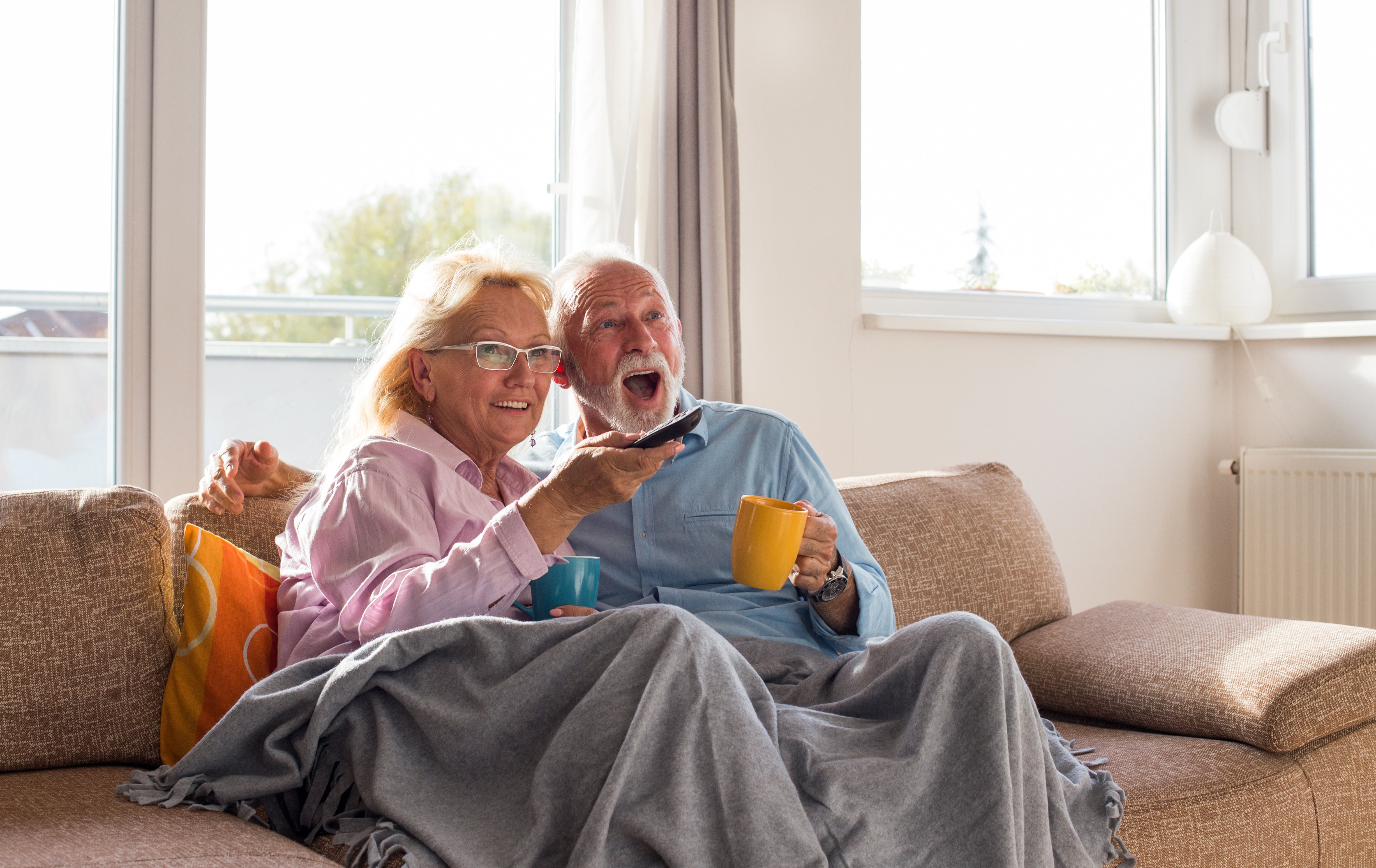 Seniors tend to have a lot of spare time. Luckily, seniors today have access to great entertainment on demand—so there’s no reason to be bored! However, picking the right show can be tricky. Seniors often have particular tastes when it comes to TV shows and movies. We’ve compiled a list of our top 10 favorite shows for seniors, all of which can be found on Netflix.

This baking competition is entertaining for individuals of all ages. It has just enough suspense as you wonder whose desserts or savory creations will turn out and which ones won’t. There are also a number of dishes that aren’t familiar to us in the United States, giving you a dose of culture with your competition. Plus, contestants and judges share their tips throughout the baking process, which can be useful in your own kitchen.

Unlike American cooking competitions, the contestants are quite amicable with each other and seem genuinely sad to see their fellow contestants be eliminated from the show — making The Great British Baking Show even more endearing.

Netflix has several seasons of this cooking competition. Each season has 10 episodes that are focused on different baking challenges — from pastry to pudding. All episodes are about an hour. The show also has some holiday specials.

Not quite ready for physics? Enjoy science on a more basic level—right here on earth. The show Our Planet is a Netflix documentary series that won 2 Emmy Awards. Each episode in the limited series focuses on a different type of landscape across the planet.

Seniors will enjoy learning about nature and seeing the variety of wildlife from across the planet. The documentary features impressive footage of real wildlife interactions. Paired with impeccable narration, this series is full of action and education.

Grace and Frankie tell the story of 2 senior women who bond after their husbands decide that they love each other. But their relationship isn’t always easy. The series features Jane Fonda and Lily Tomlin, who are great at making audiences laugh season after season.

This show is produced by Netflix and is a great family comedy. All 7 seasons of the show available for streaming on Netflix. Each episode is approximately 35–40 minutes long.

The Crown is another beloved Netflix show. This one follows the life of Queen Elizabeth from the 1940s to the modern days. It is based on an award-winning play: The Audience. Seniors can relive some of the major events, political strife, and decisions that the Queen has faced during her reign.

Plus, this show features plenty of drama as it also explores personal relationships between the Queen and those closest to her. The inner workings of the Royal Family might surprise you.

Currently, Netflix is streaming 4 seasons of the show and has plans to make more seasons. Each episode is about 1 hour.

Who doesn’t enjoy watching a round of Wheel of Fortune? The show has been around for decades and has become a classic game show. Seniors can put their mind to the test as they try and figure out the word puzzle. Plus, it's always comforting to see Pat Sajak and Vanna White on screen.

While Netflix doesn’t have every episode of Wheel of Fortune, it certainly has enough episodes for you to get your game-show fix. Each episode is about 20 minutes long, so it’s a great show to keep seniors busy during short periods of downtime.

6. The World’s Most Extraordinary Homes

Everyone dreams about the perfect home. The World’s Most Extraordinary Homes show highlights amazing homes that are located all around the world. The beautiful architecture and attention to detail in these homes can capture a senior’s imagination and whimsy. These buildings are unconventional and could even provide you with some design inspiration for your own home.

Netflix has several seasons of this show, and the episodes are about an hour long. Take a trip around the world and get a glimpse of the most intriguing homes you’ve ever seen.

Seniors may appreciate the fast-paced competition and the delicate creations. Unlike The Great British Baking Show, The Final Table focuses on fine dining and recreating iconic international dishes.

Netflix currently has one season of the show available for streaming. Each episode is an hour and focuses on a different country.

The Good Place is another comedy on Netflix. The streaming service has all seasons of this funny and lighthearted show, so seniors can binge the entire series. The plot centers on a woman who arrives in the afterlife and doesn’t quite fit into the heaven-like environment. Seniors will appreciate the clean humor and great acting performance by Kristen Bell.

9. The Toys that Made Us

Feeling nostalgic? Netflix’s show The Toys that Made Us can take you on a trip down memory lane. Seniors might recognize several of the toys that they played with or that they purchased for their own kids to play with.

Netflix streams 3 seasons of the show, and the episodes are about 45 minutes long. Each episode focuses on a different iconic toy. There is also a variation of this show called The Movies that Made us, which seniors might equally enjoy.

Call the Midwife is a great drama that seniors might get addicted to. Luckily, Netflix has 8 seasons of this show. The show is set in the 1950s and 60s in East End. The plot centers around midwives in a nursing convent. It quickly became a beloved BBC production, and seniors will make connections with characters as they follow the storyline. Each episode is about an hour.

Netflix presents many other shows and movies that seniors can equally enjoy. With today’s technology, it’s easier than ever to learn, laugh, or just eliminate boredom.

7 Reasons Why Independence Is Important for Seniors