Chronic Bronchitis: What It Is and How to Treat It 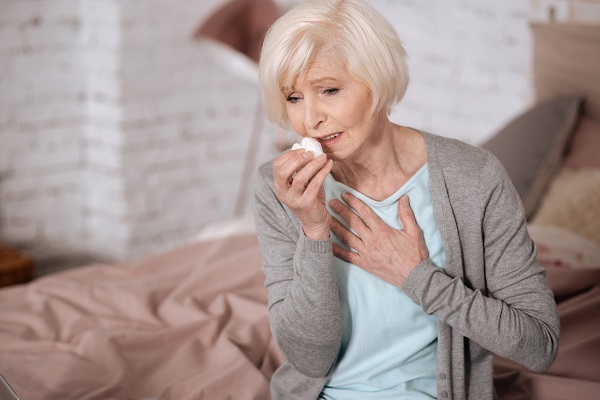 In 2016, almost 9 million Americans were diagnosed with chronic bronchitis—and more than 1 in every 4 of them was over the age of 45. But how can chronic bronchitis be treated? In this post we will dive into the basics of chronic bronchitis and explore causes and potential treatments to help the millions of Americans and their family members understand and deal with this diagnosis.

Many people who develop chronic bronchitis don't even know it. Why? In part, because they confuse its symptoms with those of other medical conditions like emphysema or common cold. Bronchitis often occurs after a cold or flu. It develops as bronchial tubes become infected and swollen. Symptoms include a nagging cough and stubborn mucus. Typically, these symptoms go away. However, recovery depends on the type of bronchitis, which we will explore in the next section.

There are two primary forms of bronchitis, acute and chronic. Let’s learn more about each of them.

The symptoms of acute bronchitis might resemble those of a cold, including a sore throat and runny nose. Other symptoms you might experience include chills, fatigue, phlegm that's yellow, green or white, a tenderness in your chest, wheezing, and a nagging, hacking cough.

Chronic bronchitis, however, is substantially more serious. This type of bronchitis persists for an extended period of time. In many cases, symptoms decline, but they continue to return. The principal difference between acute and chronic bronchitis is the persistence of the latter.

Bronchitis can be caused by a virus or bacterium, the same ones that lead to a cold or the flu. As your body fights off those viruses or bacteria, it produces more white blood cells. Individuals experience this boost as mucus, which also causes swelling in your bronchial tubes. The combination of bronchial swelling and increased mucus production creates narrower airways, making it harder to breathe.

The single biggest risk factor for developing bronchitis (both acute and chronic) is age. The older you are, the weaker your immune system tends to be. That’s why more than 75% of people who develop bronchitis are over 45 years old.

Smoking also increases your risk for bronchitis—whether you smoke or you live with someone who smokes. You could also develop bronchitis if you're employed in jobs that involve dangerous, chemical substances (like those in the mining or agricultural industries). Finally, excessive levels of air pollution can add to the risk for developing bronchitis, which means that people who live in urban areas where pollution levels are relatively high are at greater risk.

There are several effective treatments for bronchitis, but it’s important that you seek medical attention before the disease worsens. If you suspect bronchitis, you should visit your doctor as soon as possible.

Your doctor will first ask you a series of questions. Your answers will help diagnose chronic bronchitis. Your doctor might ask how long you've been coughing, if it's difficult for you to catch your breath, whether you're coughing up mucus, and if you've seen blood in your sputum. After you answer these and related questions, your doctor will perform a physical examination. You may also be asked to get a chest x-ray or sputum culture.

Once your doctor has all the information they needs, they can recommend effective treatments tailored to your symptoms. These treatments could include the following:

Developing bronchitis is one of several health challenges may face. A senior with chronic bronchitis may have difficulty performing tasks of daily living due to constant coughing or fatigue. Fortunately, our caregivers are trained to help seniors with bronchitis or an other form of COPD to get the help they need. Learn more about COPD and how home care services can help seniors struggling with this disease in our Complete Guide to COPD.