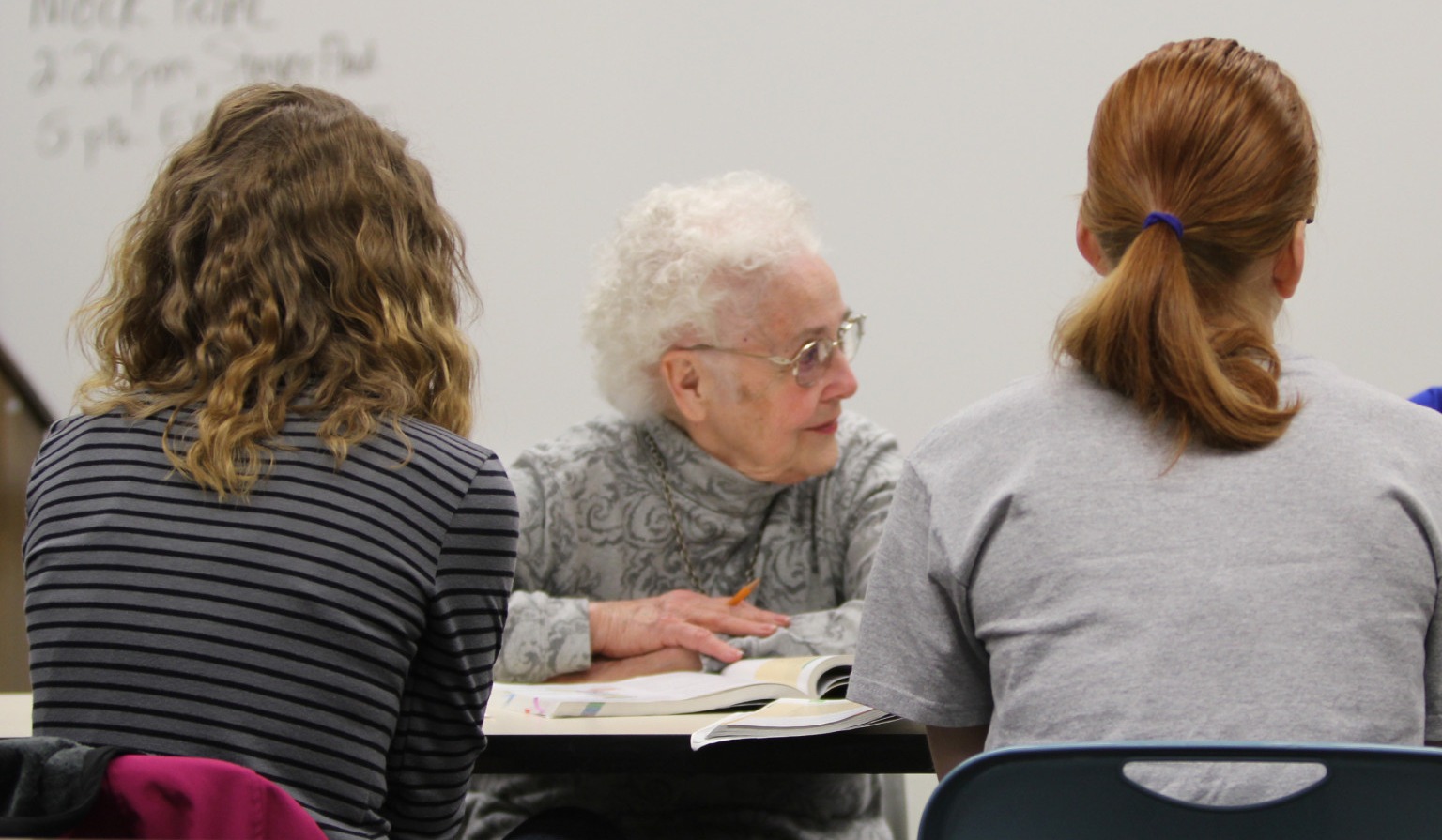 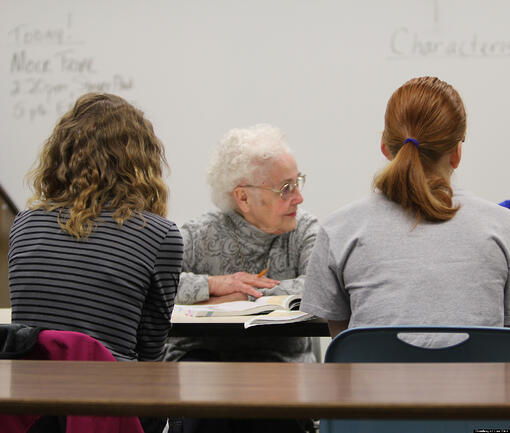 Imagine going back to school after over 50 years. That is exactly what Willadene Zedan did to keep her mind active. In 1999, she walked into a classroom and chose a seat at Marian University. All around her were students in their early 20s away from home for the first time. Unlike them, she had been on her own for decades, but this was her first time in a college setting. Keep reading to learn how Willadene faced her college years.

Willadene began her academic career shortly after her husband passed away in 1998. She was in her early 70s and living in Dearborn, MI. She ran the largest greeting card store in the state and managed the golf-club’s banquet hall. When her husband passed away, she was at a crossroads but decided that she wanted to keep her mind active by learning something new. Her goal led her to that first seat she chose at Marian University

Oringally, she had left high school in 1943 and went on to raise 5 children as well as keep up with her jobs and lead Boy Scout and Girl Scout groups for her children. Then, 55 years later, she tried something completely different by going to college and she learned that she actually loved the college atmosphere. Her professors and peers also enjoyed her in class as well.

As she explained, "all the students liked me, and if you bake enough cookies they will love you."

That one course led to more as she gained the confidence to continue her education. From there, she slowly began to take four classes a semester and ended up declaring a major in Theology.

“I was preparing myself for a new career," she told a reporter, and that is exactly what happened when she neared graduation in 2013. During a routine doctor examination, she and her doctor began to talk about her graduation coming up. That conversation led to a job offer — every student’s dream come true. He explained to her that he needed someone who would go on house visits with him to his older patients’ homes. She agreed with the intent to bring those patients hope and listen to them as someone who would be able to understand their perspective.

Willadene’s large success seems to have come from her ability to believe in herself and keep her mind active and strong. Once she started succeeding in her school and joined the Honor Society, she knew she could keep succeeding academically. Instead of joking about those times she forgot her keys or where she placed her glasses, she was went on to earn her Bachelor's degree in 2013. She has now been able to prove that she can stay mentally sharp and change her entire future just with her willingness to go back to school and envision an active life for herself.

Because Willadene never wanted to become sedentary, she has been able to keep her mind sharp by learning new skills and creating new routines. As the Alzheimer’s Association has explained, one of the reason she may have been able to accomplish her goals has been because she has sought out a way to learn new skills and routines.

Now Willadene, in her mid 80s, has managed to start a new future for herself. Before she started classes at Marian, she told media that she had this attitude of not wanting to become sedentary saying, “I don’t have time for leisure. Life is too short to waste. God didn’t put me on the earth to sit and watch television.”