How the United Kingdom Is Becoming Dementia Friendly 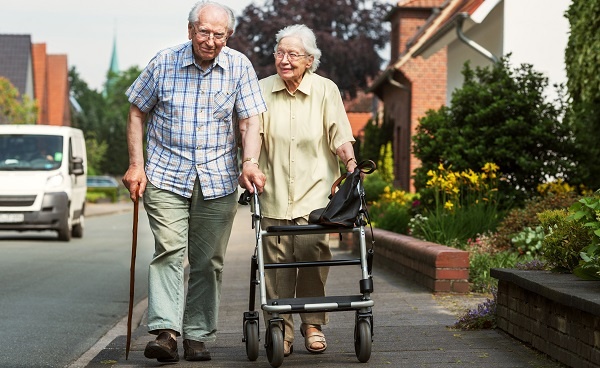 Caring for a loved one with dementia is, perhaps, one of the hardest challenges in life. Whether it's a parent or a spouse or simply someone you know, watching them lose their ability for normal interaction in everyday life is frustrating and devastating. If severe enough, dementia can also pose a safety risk if your loved one begins wandering off. While being aware of the hardships, multiple cities in the UK have committed to caring for senior's with dementia and their families. Learn more below about what could possibly be the most dementia friendly city in the world.

Dementia Challenge in the UK

The question faced is how best to care for those with dementia. Sadly, many times the burden for care is too much for the family and those suffering spend their days in long-term care facilities.

Not so for parts of the United Kingdom. In 2012, they launched the "Prime Minister's Dementia Challenge," which aims to create positive change in dementia care and research. The campaign's main founder, David Cameron, has pledged to donate £300 million in research, with plans to open an international dementia institute.

The Plan in Action

By 2013, this initiative already created change. Fareham, in Hampshire, became the first town with a "dementia-friendly high street," which is a street with businesses dedicated to assisting shoppers with dementia. The employees learn how to interact amicably and respectfully with their dementia patrons, offering help when needed with things such as counting correct change. This allows those with dementia to maintain a level of independence and dignity within their community.

A year later, York became the first place with a dementia-friendly train station, spreading awareness and offering extra assistance to dementia patrons traveling the rails. Projects and Initiatives continue throughout the U.K. to raise awareness and support for those living with dementia.

Inspiration for the Dementia Challenge

Where did inspiration for such change come from? The small town of Bruges, Belgium. They began their own campaign for a dementia friendly community in 2010, where 2,000 of its 116,000 residents live with dementia. It took time, as well as hundreds of volunteers and collaboration between businesses, municipal organizations, and the police force. Now they have 90 businesses dedicated to serving and assisting patrons with dementia. They also boast the Foton Choir, which is made up of singers who have dementia. They sang at the Bruges Music for Life Festival.

The blessings of these changes and a supportive community reach beyond the person with dementia to affect their family as well. The wife of one of Bruges dementia residents, Elena Bins summed it up this way: "Even if he isn't the same man he once was, I want him to be able to maintain his independence and dignity for as long as possible. Places like this can allow that to happen."

Perhaps Bruges and the U.K. are pioneering change that will soon become a global support network for those living with dementia.