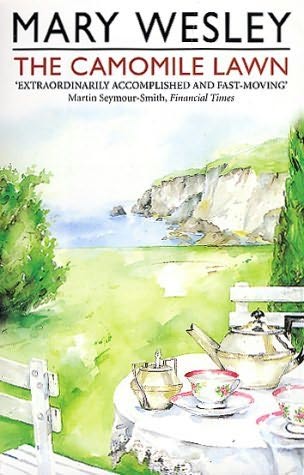 Mary Wesley has said that her "chief claim to fame was 'getting [her] first novel published at the age of 70.’" As the Telegraph wrote, she "defied literary convention by becoming a best-selling novelist" when others would otherwise be retired or winding down their careers.

Today, the assumption is that most will end their career at the age of 67 or sometimes later if they love their work. Yet, Mary began her career well past the average age of retirement. After years of writing unpublished articles and manuscripts, she didn't begin to seriously consider novel writing until well into her 60s. After that her work became prolific and her novels came to published almost annually for over a decade.

Considering her background, it is no real wonder that Mary became a novelist in her later years. She had grown up in England constantly moving around with her parents and as a result turned to novels to keep her company as they uprooted from friends throughout her childhood.

Yet, when she left home she attended Queens College in London and the London School of Economics and Political Science. She loved politics and regularly incorporated political themes and ideas into her novels. After the war, however, Mary obtained accreditation as a journalist with Twentieth Century Magazine. Yet, none of her articles were ever published.

Later, in 1952 she married her second husband and became the bread winner for the family while her husband quit job after job. However, he did encouraged her to write and she would help him write some of his  own articles and reviews when he had too many deadlines at work. Yet, as the New York Times wrote, "apart from two children’s books published in America, she never found the confidence to approach a publisher of her own. Most of her literary efforts went straight into the wastepaper bin."

When her husband died of Parkinson's disease in 1970 that all changed. Mary finally began writing a novel intended to be published. She had a teenager to support and worked in an antique shop teaching French to help support herself and her son and even was forced to sell her home. Yet, in 1983, her first adult novel, Jumping the Queue was published.

Mary's novels often incorporate events of her own history. She lived through two wars and came upon many hard times. The events of which appeared in her novels published throughout her last years of life. Her hard work and late start has now helped later generations learn more about her perspective of history and show that it is never to late to pursue an long-coming ambition.