Jane Goodall: Continuing With an Interest For Over 50 Years 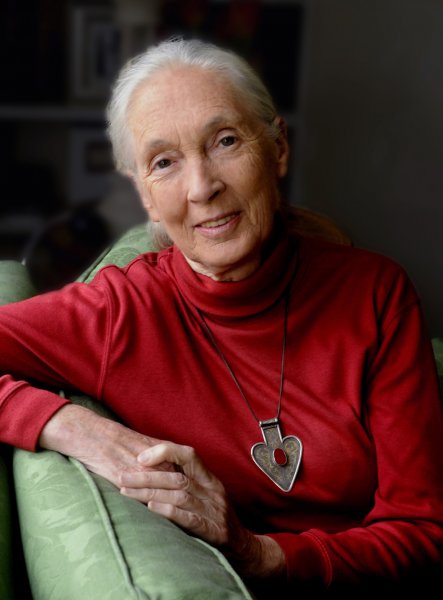 Describing Jane Goodall's accomplishment is difficult because of how well known she is today. Still, she is mostly known as the "monkey lady" and not as proof that passions can continue into our older adult years or as a conservation activist. For her birthday, coming up this Friday, we are honoring her as this week's Golden Inspiration.

To start with, it is no surprise that one of Jane Goodall's favorite books growing up was Tarzan. She loved the story of the orphaned gorilla man, Tarzan, and only grew skeptical when the British expeditioners entered the scene. She always believed that she would make a better friend to Tarzan than the Jane in the books who begins to learn Tarzan's ways and in turn share her own with him.

Today, this Jane has proven her childhood self right. Growing up in the 1930s and 40s, it was unexpected for a young woman to go off into the jungle to study primates like her on-screen counterpart in Tarzan, but her mother, Vanne, was able to encourage her to take the chance saying, “You can do whatever you set your mind to."

She took her mother's advice to heart. Enough so that when her friend Clo invited Jane to their family's new farm in Kenya, Jane jumped at the opportunity. She left her job as an assistant in a London film studio to return home and waitress in order to save up enough for a plane ticket to Africa.

Falling in Love with Chimpanzees

Originally, the plan was to have a vacation with her friend but within 2 weeks in Africa Jane met famed archaeologist and paleontologist, Louis S.B. Leakey. The 2 began to talk and Louis became interested in Jane's extensive knowledge and interest in animals. She showed so much enthusiasm for animals and promise as a scientist that he soon hired her to undertake a study when Jane was still only 22. He asked her to to begin by studying a group of wild chimpanzees on a lake shore in what is now Tanzania. 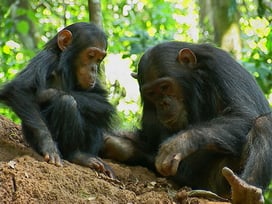 It wasn't easy work no matter how much passion Jane had for it. In fact she spent her first weeks on the study frustrated. The chimpanzees would constantly flee from her when she tried to observe their habits. Until one day she adjusted her view spot to a higher vantage point and watched the chimps with a pair of binoculars. Here, she could watch them without being seen and could freely record her observations.

Jane made several very important discoveries with her new method of observation. Mainly, she discovered that chimps were more like humans than had previously been known. With her observations, she was able to prove that chimpanzees could make tools together, hunted other primates, and were omnivores.

Continuing With an Interest No What Age You Are

Jane's discoveries impressed Louis but more importantly, she continued to make observations and discoveries about chimpanzees for decades even after her study with Louis ended.

After earning a degree at Cambridge, Jane  began to travel in order to promote the conservation of places like the Gombe forest in Tanzania where she is initially observed primates. At the same time, she began to compile and report on 25 years worth of research in Gombe. She turned her research into a book, The Chimpanzees of Gombes: Patterns of of Behavior, published when she was in her early 50s

Today, at the age of almost 81 she spends her time traveling for 300 days out of the year as an activist for conservation. The institute in her name, showcases her prolific work, which continues with just as much passion as when she was 22 and first traveling to Kenya to visit her friend. Still, she makes time to return to Gombe about twice a year "to recharge her batteries."