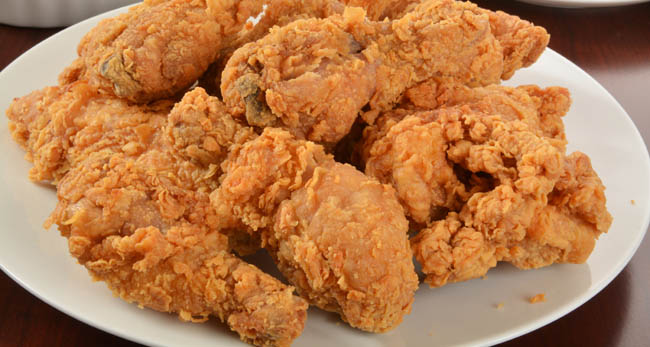 Life wasn't always easy and lucrative for Colonel (Harland) Sanders. The late, multi-million dollar founder of the Kentucky Fried Chicken restaurant chain is known for his "secret recipe" chicken, but perhaps his most beneficial attribute was perseverance.

Sanders was born in 1890 into a terrifically tough childhood. He was the oldest of 3 children in a family that was hardly wealthy. In fact, his mother didn't work at all, and his father only part-time, until his untimely death when Harland was only 6 years old. Consequently, his mother was forced to take a job, leaving Harland at home to take care of the other kids. His mother eventually remarried, and his new stepfather beat him, which resulted in Sanders lying about his age to join the military at age 15.

After dozens of jobs, and being left by his first wife, Sanders was understandably despondent. Even though his life was in shambles and he lived it in despair, he kept going, and, eventually, with the little money he had accumulated, bought a service station in a small town in Kentucky.

Life slowly started to improve when, relying on cooking skills he acquired while attempting to feed his siblings as their babysitter, he started to serve chicken dishes to his clients at the service station. In 1935, he was awarded the title of Kentucky Colonel for his services to the state. Everyone began to talk about and notice his chicken made with 11 different spices.

Several years later, however, he was dealt a bad blow again, when his business was covered from sight by construction along the highway where it was previously in clear view for potential customers. His business declined quickly and severely, and, at the age of 66, he started to live off of a measly social security check. True to his knack for overcoming adversity, however, he took to the road in his automobile and began selling his recipe to prospective franchisees, which ended up providing the fortune that he lived the rest of his life enjoying until he died in 1980, at the age of 90.

What Colonel Harland Sanders brings with him as an inspirational senior is his refusal to give up when in the grip of what appears to be hopelessness. Despite having little to show at a later age, he still found the wherewithal and determination to succeed. His story is a model for never giving up, even as we advance into our senior years.

If you need some advice or information about how to help your loved one persevere and live a happy and hopeful life, please contact us.