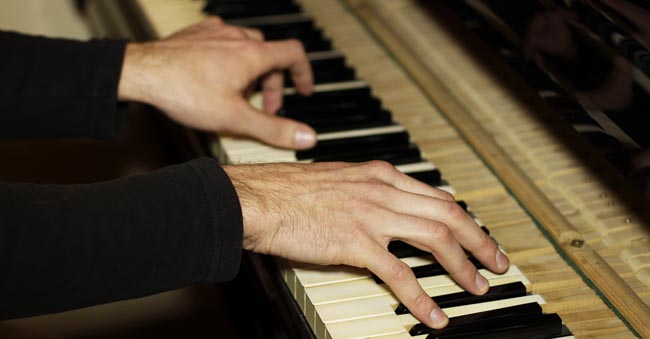 Arthur Rubinstein loved the piano. He also loved life. It's not uncommon to hear, "I'm too old to be inspiring," or "My life has been lived. All of my accomplishments are behind me." However, if one looks toward the life of Rubinstein, it's not difficult to see that a person, at any age, can inspire others.

Arthur Rubinstein was born in Lodz, Poland, in 1887. He was a musical prodigy and was already studying piano at the age of 3. By 5, he had performed publicly. As a young boy, he auditioned for Joseph Joachim, a famous violinist. Joachim agreed to teach Rubinstein, so the young boy left his family to study in Berlin.

After just 3 years under Joachim, Rubinstein performed with the Berlin Philharmonic. His talent was shared in concerts throughout Europe, and he even traveled to New York to play at Carnegie Hall in 1906. He toured several continents and visited countless countries to share his musical talents.

Rubinstein, one of the greatest pianists in history, confessed that “On stage, he would take a chance. And that there had to be an element of daring in great music-making. The younger ones, they were too cautious. They took the music out of their pockets instead of their hearts.”

Often, it takes having lived a full life to be less apprehensive about what others may think of you. Passion, creativity, open-mindedness, and other attributes sometimes take many, many years to develop, and Rubinstein, took music and life "out of his heart," having relocated his family to America as World War II began while he was living in France. He toured the world being heralded as a genius and a creative revolutionary for his interpretations of musicians like Chopin.

Rubinstein wrote in his memoir that “there is no formula for success, except perhaps an unconditional acceptance of life, and what it brings.” And Rubinstein kept performing, and being successful as a pianist, until partial blindness forced him to retire. Even after, however, he received the United States Medal of Freedom, wrote My Many Years, and was interviewed for a 90 minute television special at the age of 90.

Rubinstein died in 1982 at 95, but not before living a youthful, vivacious, and influential life. He was an exemplary model for being important and inspirational for an entire life--not just in younger years.