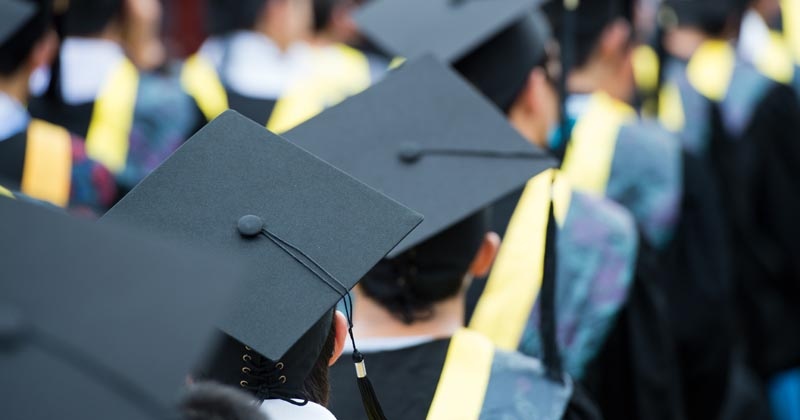 After over 70 years, 4 children, 13 grandchildren, and 15 great-grandchildren, Nola Ochs decided to finish a journey she began in her early 20's. In Fort Hays, Kansas, she returned to college at Fort Hays State University. After her husband passed away, she wanted to start something new. Learn more about her life!

For many, returned to college in their later years may seem daunting but Nola was excited to start taking classes. She begun with a few online courses and then moved to the college town and rented a small college apartment. She was quickly accepted as one of the students and even got to spend time with one of her grandchildren as she studied for her courses.

Nola told CBS, "When I came up here of course I knew I was old, but I didn’t pay attention to how old I was." She was even able to offer a first-person perspective in his history courses which she choose as her focus along side her liberal arts major. This was something her peers and especially her teachers were able to appreciate during classes.

Now Nola is known as the oldest woman to complete an undergraduate degree! She earned the degree at the age of 92 in 2010. Yet, she didn't stop there.

When Nola first graduated from college, with her undergraduate degree, she became an inspiration for many. Tom Nelson, chief operating offer of the American Association of Retired person even said, She later set another world record by earning her Masters Degree at the age of 98 and is now writing her first book. Nola told  LJ World that her book (about her own life experiences) is off to a good start. She will be calling it, Nola Remembers, based on her first hand experiences of events.

Nola accomplishments are important because when she first graduated from college, with her undergraduate degree, she became an inspiration to many. She proved that anything is possible no matter what age you are.

Tom Nelson, chief operating officer of the American Association of Retired Persons even said, "We should all be so lucky and do such amazing things. Her achievement challenges us all to reach for our own goals and dreams."